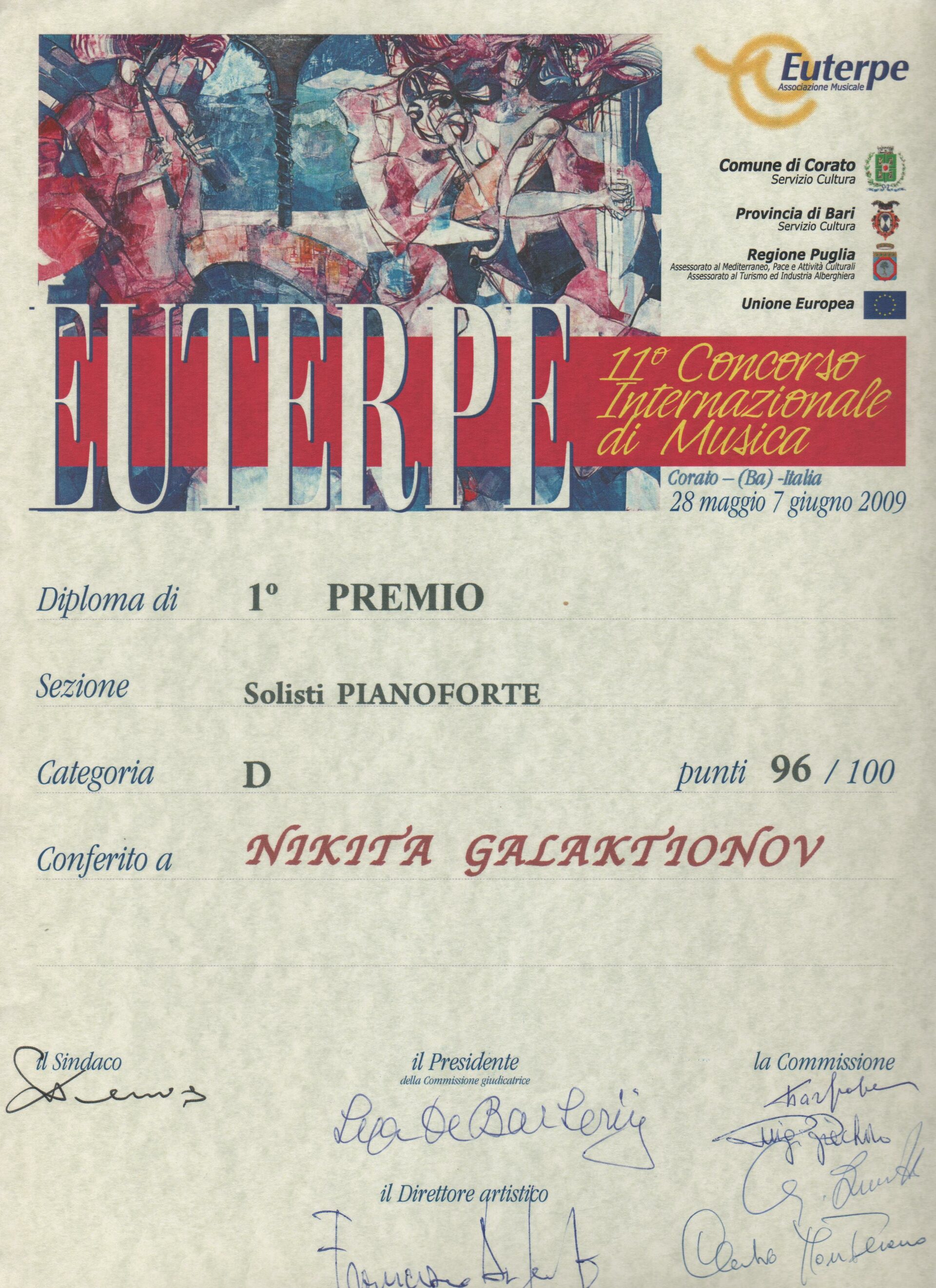 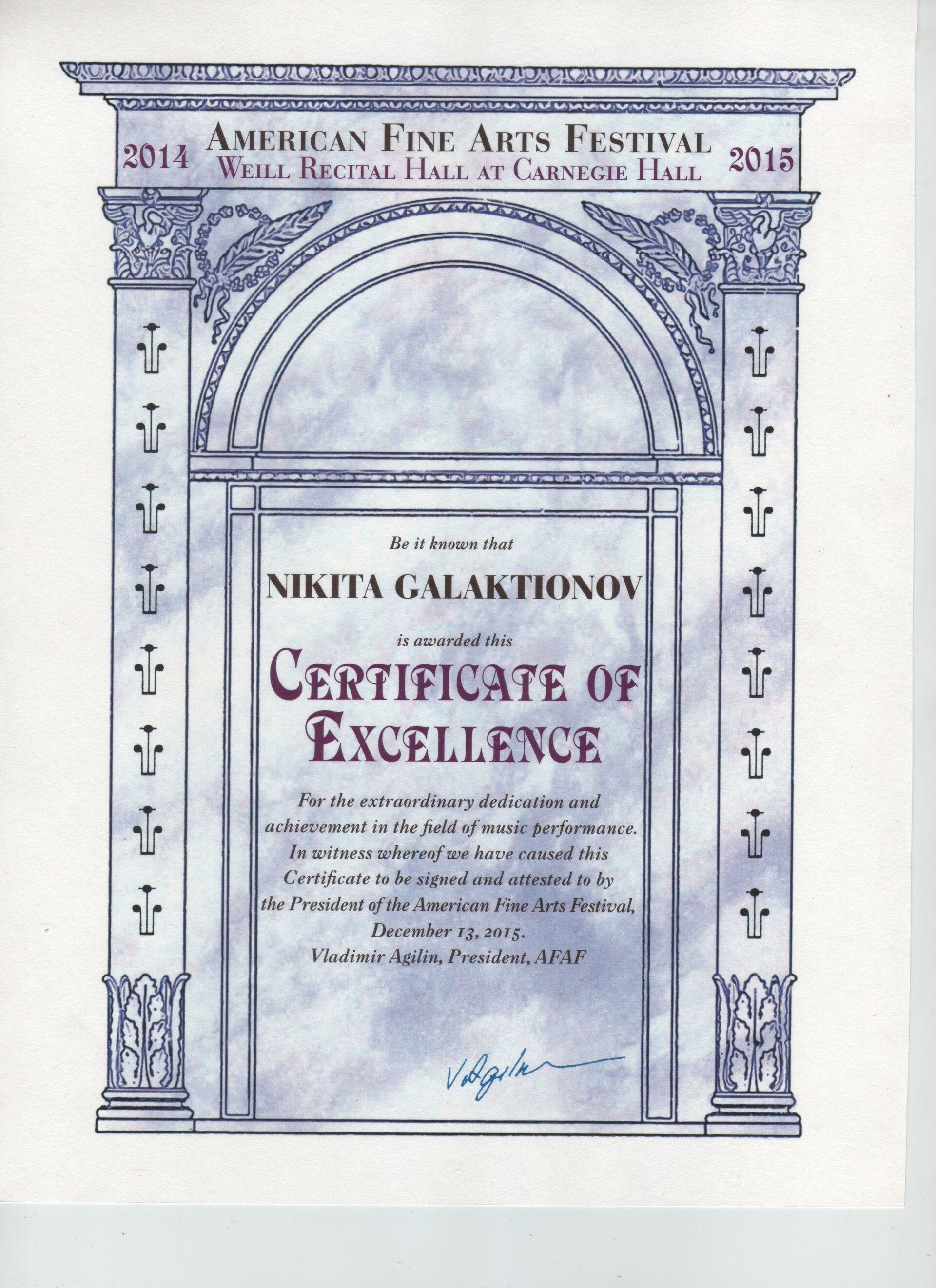 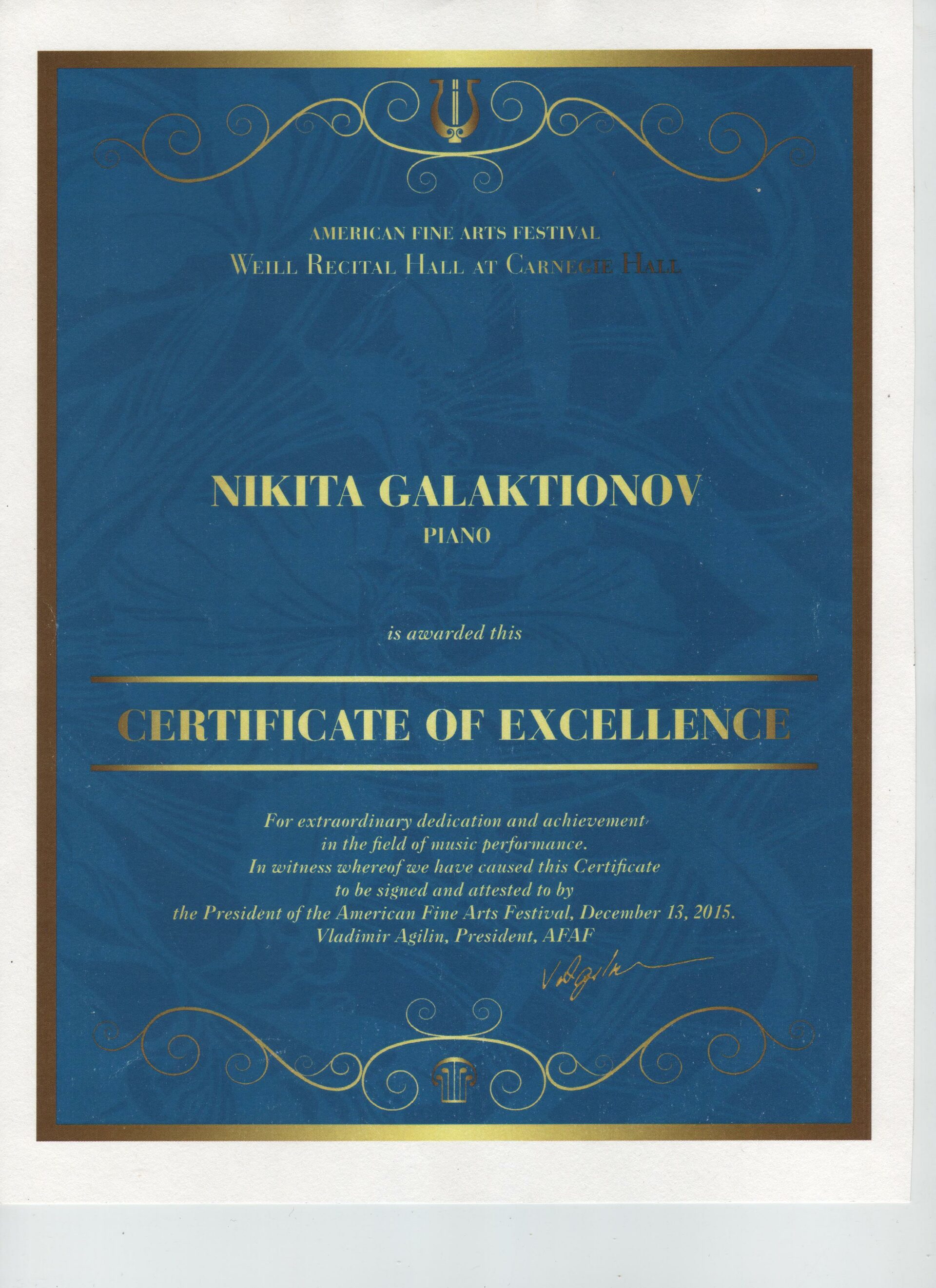 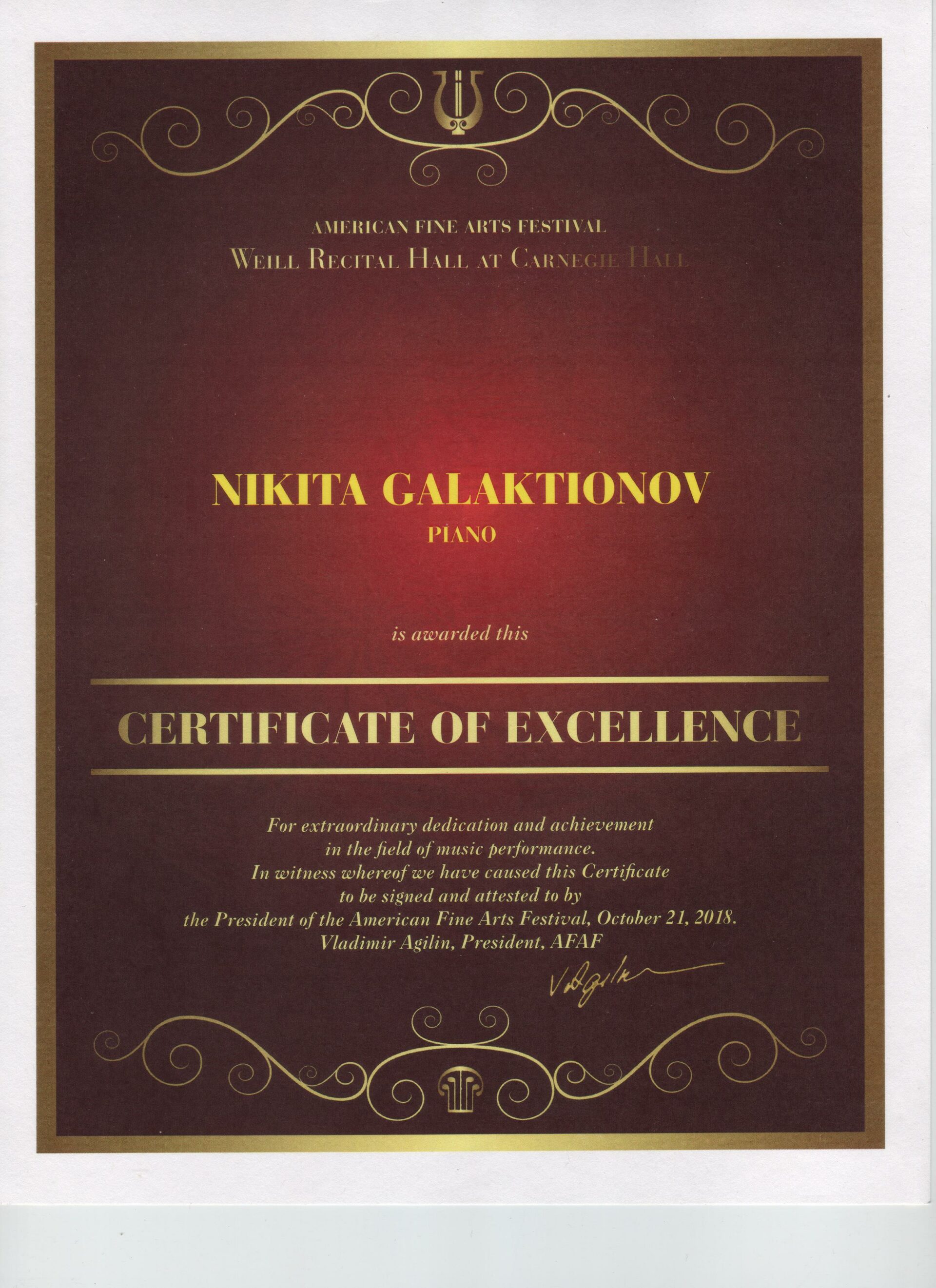 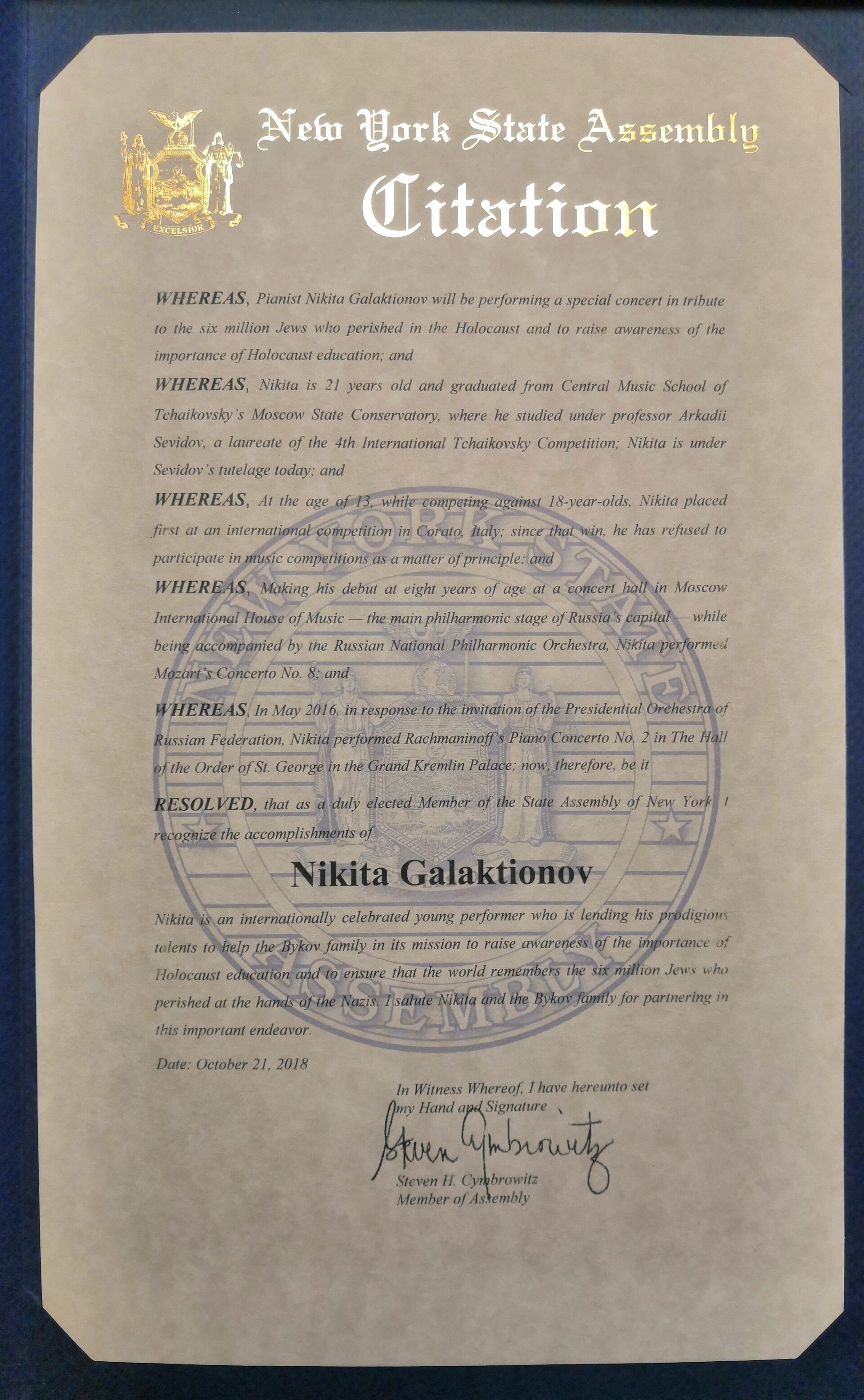 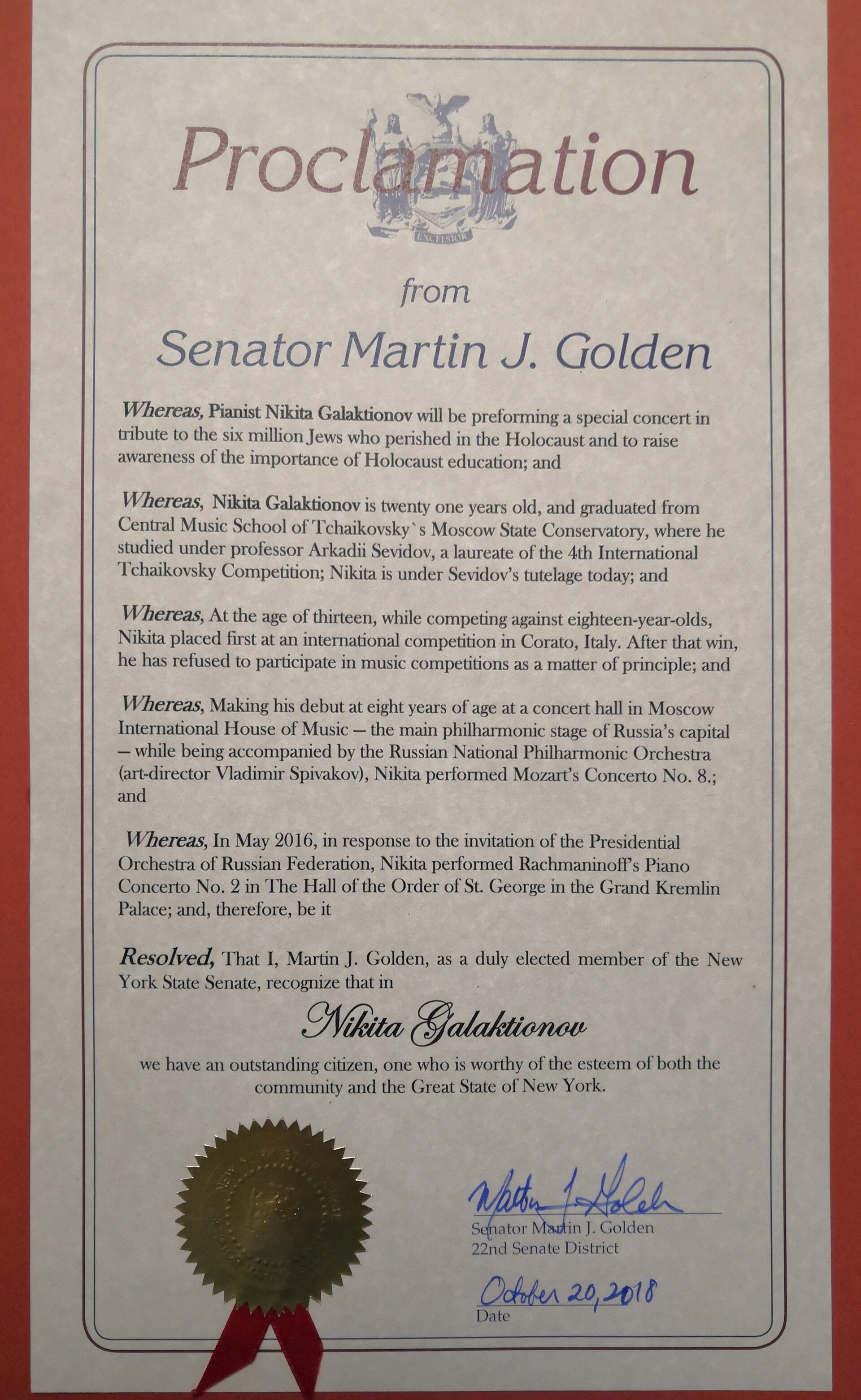 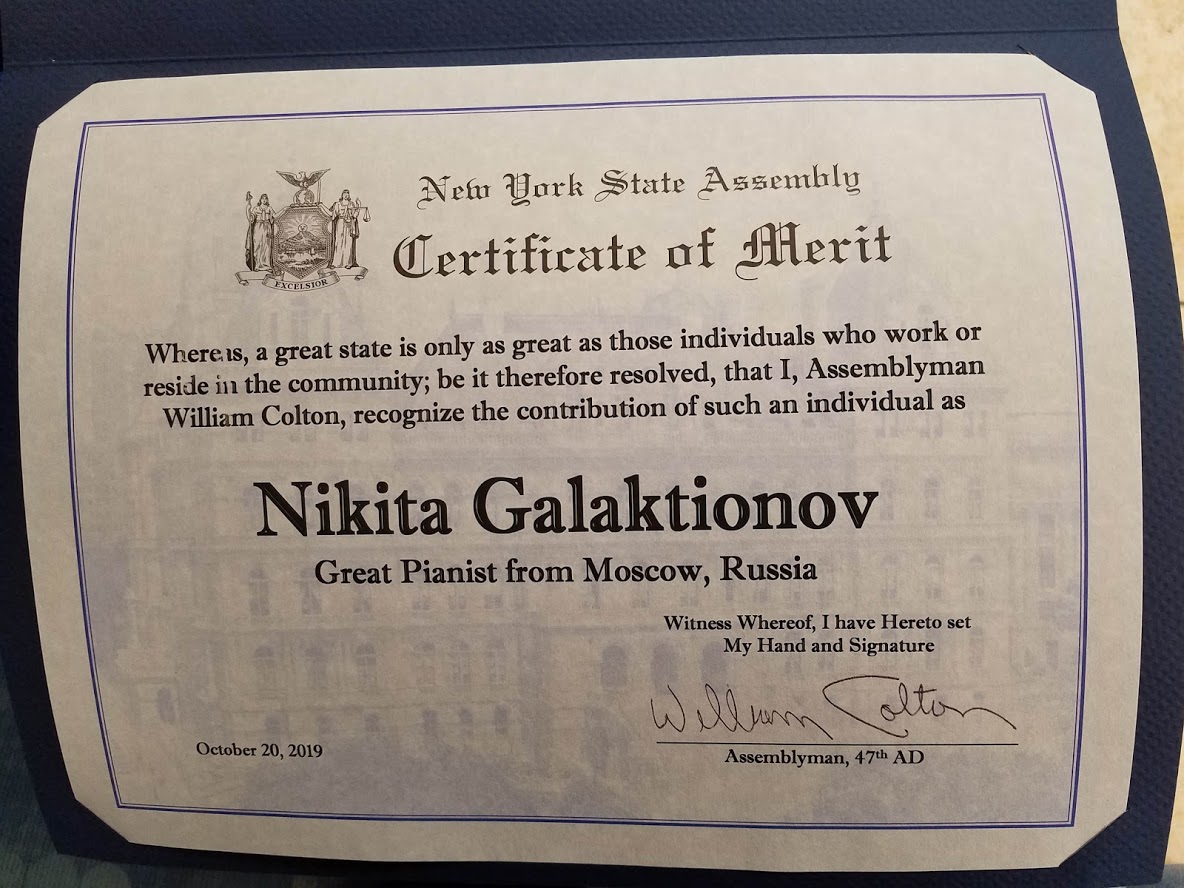 Together with Professor Arkady Sevidov, he toured Prague, Rome, Yekaterinburg, Milan, Vienna, Tallinn, Vilnius and Washington with the program "Maestro and His Student".

The only Russian musician has been performing at Carnegie Hall for the fifth year in a row.

Creator of the first music video in Russia for a classical piece for piano - "Dreams of Love" by Franz Liszt.

Released the disc "The best", where he recorded the best pieces for piano by Russian composers.

At the age of 13, he won first prize at the international competition "Euterpe" in Corato (Italy), ahead of his 18-year-old rivals. Since then, in principle, has not taken part in any musical competitions. 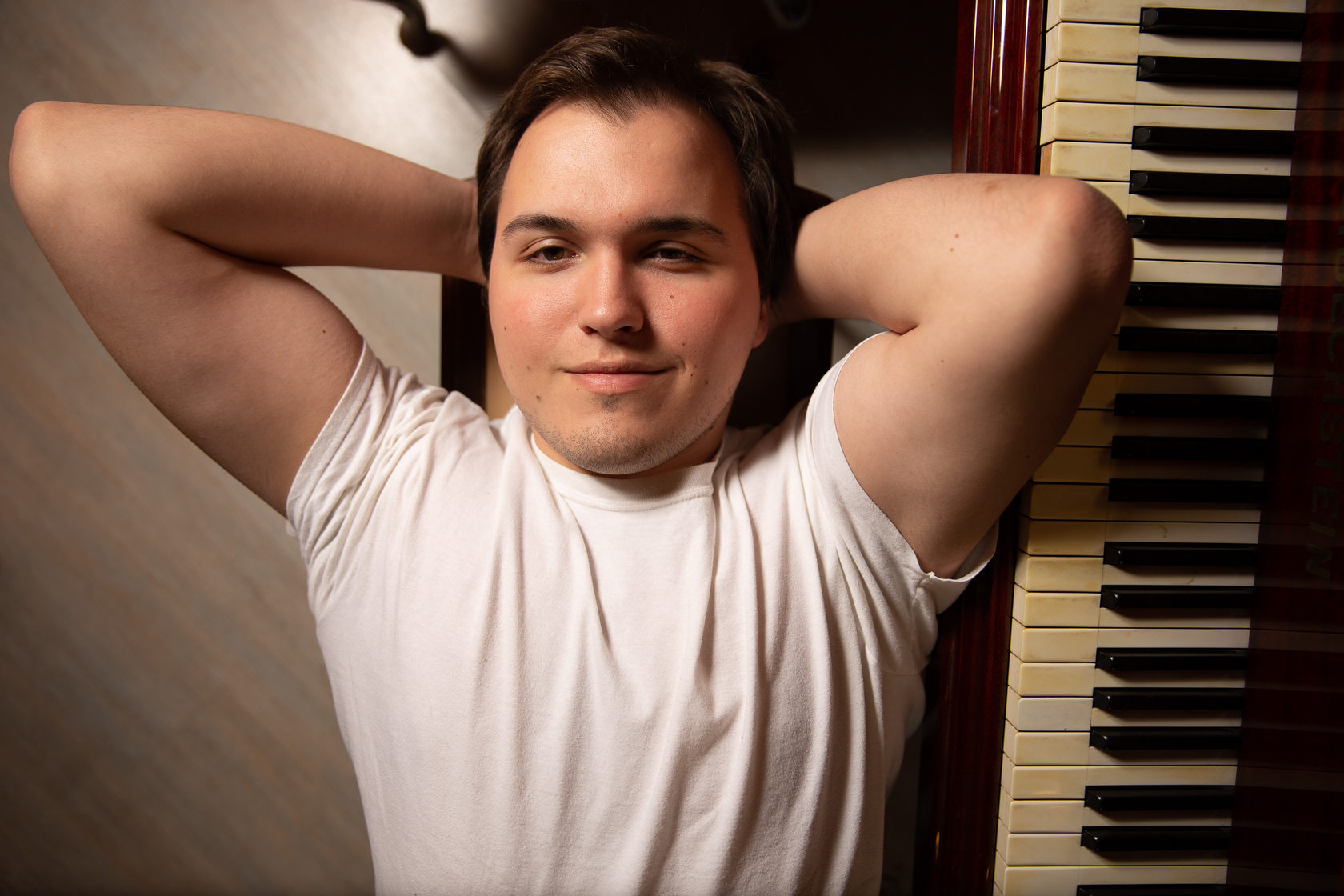 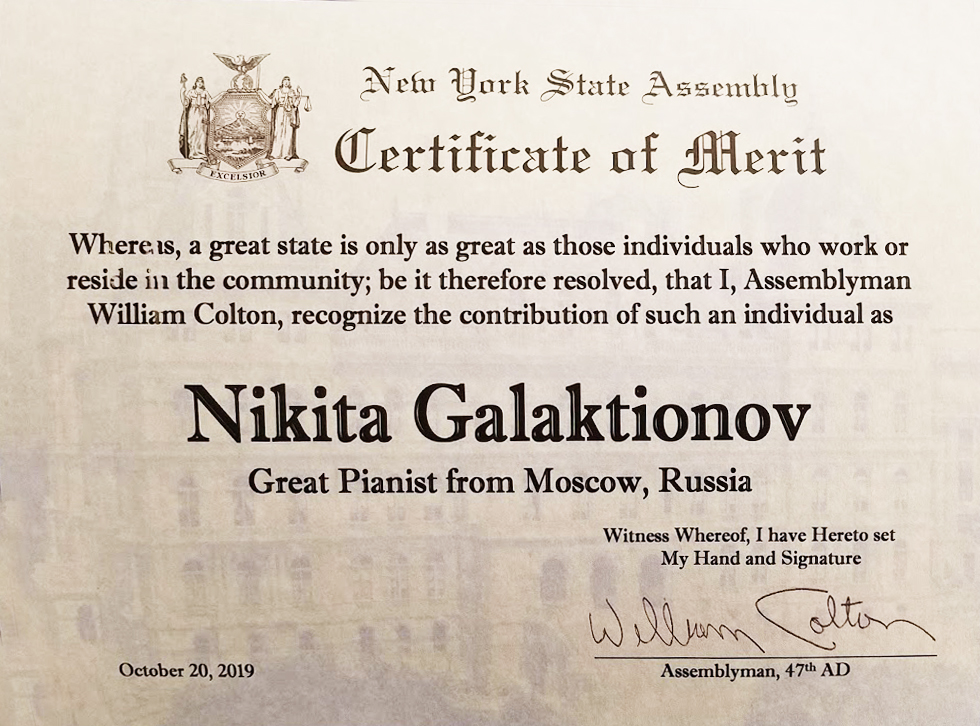 "Nikita Galaktionov is unique young pianist from Russia. He is the only one our days from this country, who gives solo concert in Carnegie every year (4 in a row already)-hall, concerts in which always have success. I happened to hear his performance with President Orchestra in Georgian Hall, Moscow Cremle. This hall is the most popular since tsar times in Russia. It`s a place for all important government mettings, Putin`s inauguration also. Rare musician is awarded to play there. Also I was on his concert in Carnegie Hall, where with great mastery he was performing music pieces of Russian composers. I saw people, crying because of feelings overfilling them. It`s a great achievement for 22-years old pianist.
Directors board of Clayton Piano Festival, that I`m heading, invited Nikita last year to take part in our event. Audience adopted him with big inspiration for his performance of Tchaikovsky and Rachmaninov just the way only Russian can play it. David Dubal-professor of Julliard University, Winner of Grammy, that participated in this event as emcee, was really delighted with filigree technique and thinking`s originality of this artist. Beyond question-concerts of Nikita Galaktionov is a gift for American public.

Everything that I`ve heard is high-quality art, great joy."